Blockchain, Cryptocurrencies, and the Dark Web
Cryptocurrency has been hailed as the fuel for the dark web. However, pundits envisage that a time will come when the masterminds who perpetrate illicit trades on the platform, will be stopped and that time might be sooner than we expect.

Blockchain, Cryptocurrencies, and the Dark Web

:)You have successfully subscribed! Thank you for subscribing to our newsletter!! Email has already been taken
back to blog
Jun 11 2018 | byDmitry Budko

Cryptocurrency has been hailed as the fuel for the dark web and, so far, the ship has sailed a million miles. However, pundits envisage that a time will come when the captains of this ship, the masterminds who perpetrate illicit trades on the platform, will be stopped and that time might be sooner than we expect.

Looking Back in Time - The Dark Web’s Emergence

We first came to know about the term darknet in the 1970s and this was a term used to denote private networks which had a high level of privacy. This seemingly surreptitious part of the internet, at first, was innocuous and halcyon.

But then, it gradually became a haven for the communication and planning of criminal activities. The dark web, apart from allowing these illicit plans to surface, also facilitated the trade and cryptocurrencies, most especially- Bitcoin, became the currency of choice.

Here’s a brief history of the crime perpetrated on the dark web. Ross Ulbricht was sentenced to life in prison for his effort towards selling drugs worth over 1 billion dollars in February 2015. In March, Tomáš Jiříkovský was caught in Czech Republic after he tried to steal thousands of Bitcoins (or million of dollars) from a darknet marketplace.

Six months later in September, Trendon Shavers was tried and he conceded that he ran a 150 million dollars Ponzi scheme. Shortly after this, French Mark Karpelès embezzled a sum of money amounting to 390 million dollars from a cryptocurrency exchange- Mt. Gox. He was arrested and charged with fraud not long after.

Did all these cause the dark web to falter or diminish in strength? Not really. Cryptocurrency, the default currency on the dark web was called to serve a higher purpose!

Cryptos and the Dark Web

2017 saw an astronomical increase in the value of Bitcoin, peaking at $20,000 before plunging downward in a free-fall. Could this be attributed to the transactions that occurred and didn’t on the dark web? Let’s find out. However, before we dive into Bitcoin (no pun intended), let’s study what makes cryptos ideal for transactions on the dark web.

Reasons for Using Cryptocurrency on the Dark Web

Being able to execute transactions without leaving a trace might come off as superfluous at first, however, if we dig deeper, it becomes extremely beneficial to activities on the dark web. Apart from Bitcoin, currencies like Monero have features such as stealth addresses which generates an address for receiving funds. These addresses are traceable but cannot be traced back to the original owner.

You will be amazed at the volume of transactions which are executed on the dark web. From the sale of child pornography to purchase of illegal drugs, these transactions are quite expensive to fund and delays cannot be allowed. The dealers require a safe and reliable means of getting their funds over and only one currency can allow for this without getting intrusion from the government- cryptocurrencies.Now, we can go on to the use of Bitcoin and other currencies on the dark web.

Bitcoin and the Dark Web

An Australian study carried out reported that about 47% of transactions involving Bitcoin are done on the dark web. To answer your question- Yes! A half of Bitcoin was devoted to satisfying the cravings of the dark web mafias while the remaining half suited your crypto-enthusiast status. In addition, the concept of anonymity using cryptocurrencies is now becoming, more or less, a farce. 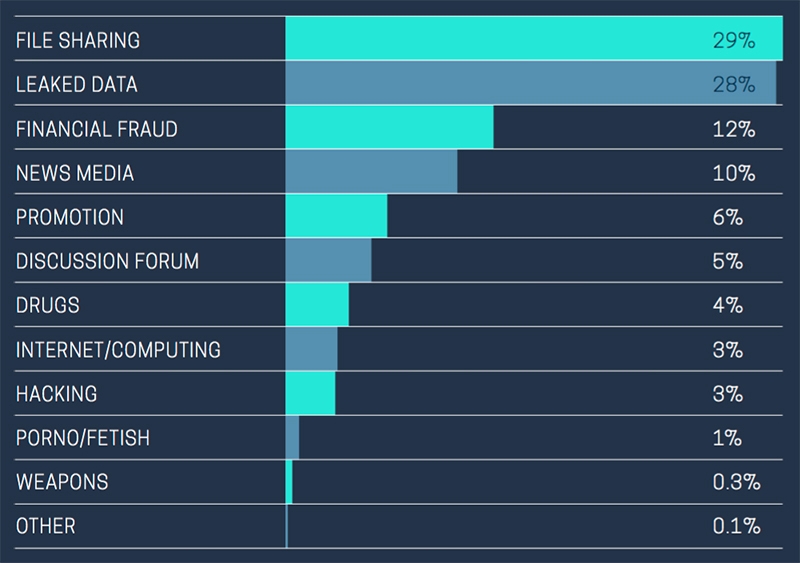 When Bitcoin surfaced, it promised complete anonymity and this caused the global community to embrace it with wide open arms. However, the nature of blockchain is such that tech-savvy individuals could become privy to the addresses of people making huge transactions on the network.

Altcoins and the Dark Web

Cryptocurrencies like Litecoin and Monero are currently making waves in the market at the moment and this is due to the shift from a Bitcoin economy to an altcoin one. These altcoins are more favorable, they process transactions faster and with a certain level of reliability, they also uphold the concept of anonymity better. Their relatively low transaction fees and value also makes it better.

Factors Discouraging the Use of Cryptocurrencies on the Dark Web 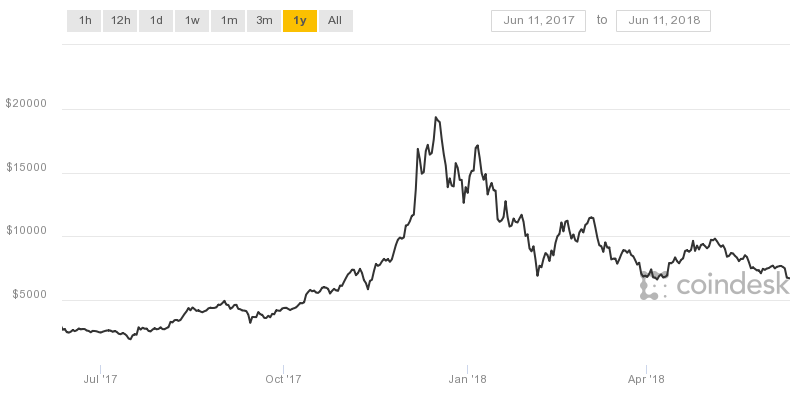 No one wants to spend 1 BTC at $6000 to purchase illegal substances when 1 XMR goes for about $157. The high cost of valuable coins such as Bitcoins and Ethereum means that people are unable to trade at the present value. Similarly, individuals are unwilling to trade their altcoins at a low amount presently because they believe that it is bound to skyrocket in the future. This leaves us in an intractable quandary.

The Speed of Transactions 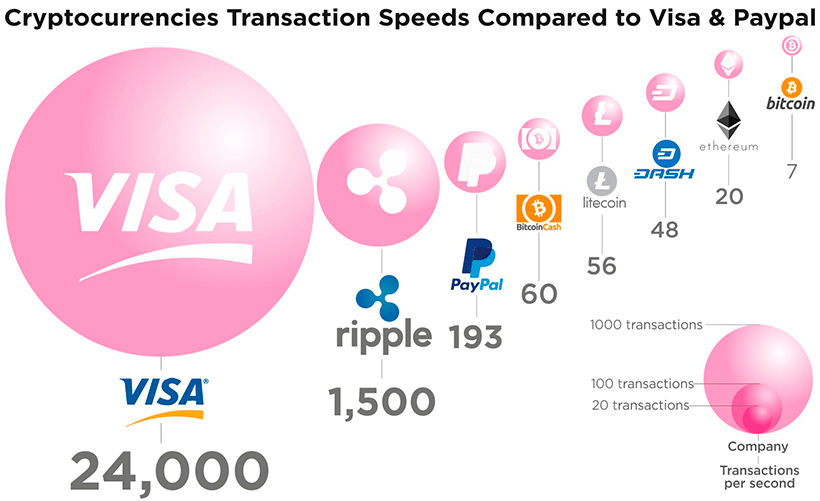 In the past few months, Bitcoin has seen a drastic decrease in activity on the dark web. Although many people attribute this to the increase in price, it is also because transactions on the blockchain network became incredibly slow. This is due to the increase in popularity of Bitcoin as a cryptocurrency.
Imagine a drug user looking to get a quick fix. Such a person cannot afford to wait for transactions to clear on the network and they usually look for the fastest available option. At a time, the number of unconfirmed transactions on Bitcoin amounted to almost 60,000. On a bad day, it can be as bad as 150,000. 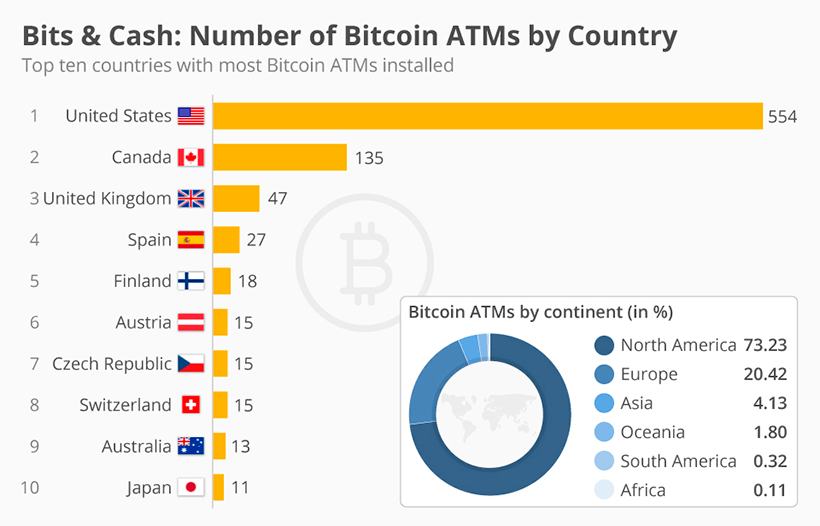 Some of the biggest names on the dark net markets (DNM) faced turbulent times in the last year. Websites like Alphabay and Hansa were shut down in recent times and several others faced severe opposition either via DDoS attacks or in bankruptcy. Considering the fact that there’s no end in sight and the government will keep hailing stones at the concept of crypto, it appears as though the worst is yet to come.

Bitcoin is falling out of favor on the dark web and this can be attributed to a relatively steep increase in the cost of transaction. The reason for this can be attributed to the scaling problem. We have a select group of miners who solve computational problem on the network to verify these transactions and mining is no longer as lucrative as before.

For this reason, we have had to suffer a concomitant increase in the cost of transaction as a result of an increase in traffic. This is particularly dissuading for dark web users who want their needs met instantly. Why should someone who is looking to get a drug of about $30 pay about $35 in transaction fees?

Blockchain is an integral part of the dark web and cryptocurrency has been instrumental to its growth. With the recent crackdown on the dark web and the gradual disuse of Bitcoin, the future is exciting to imagine.